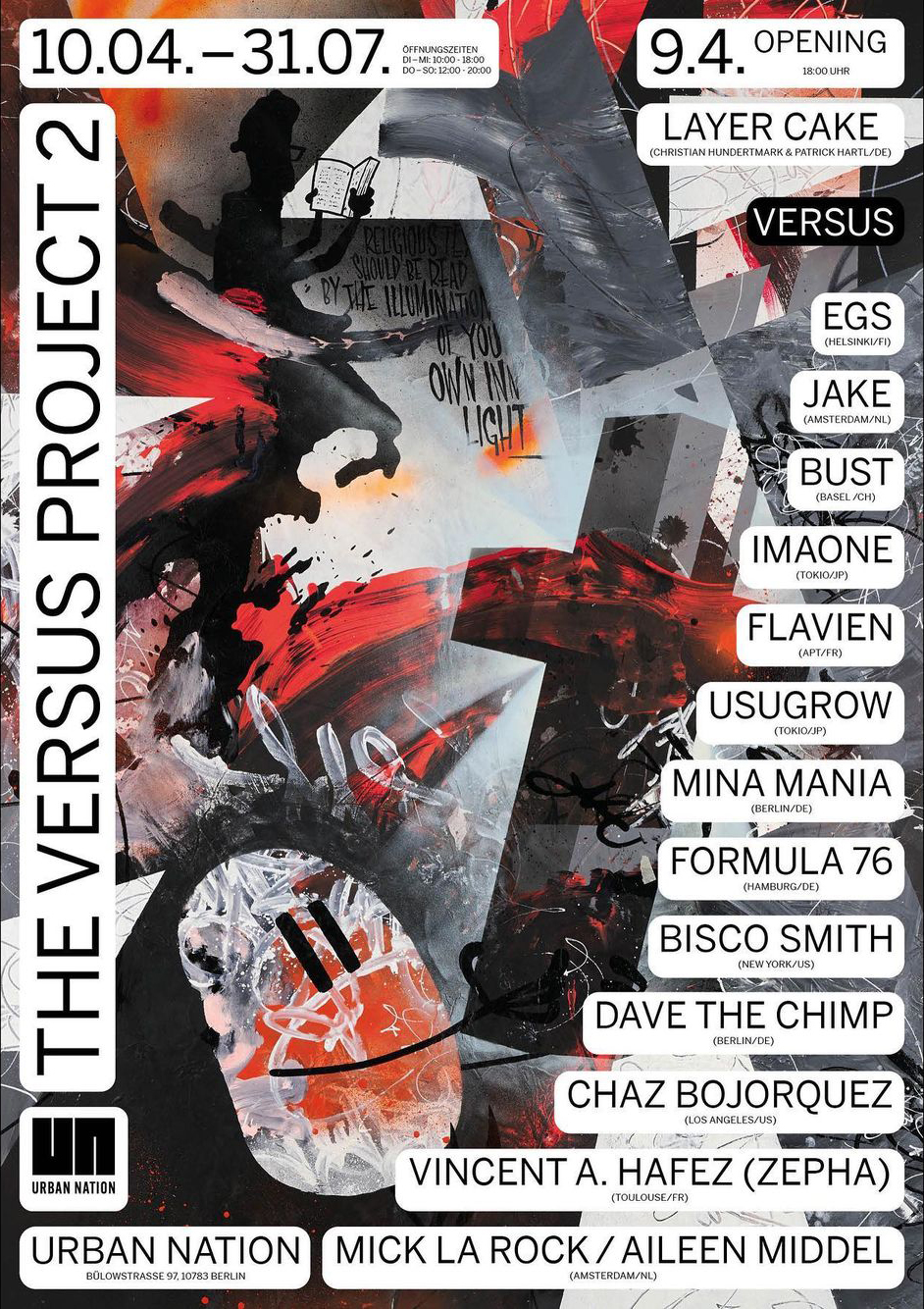 For The Versus Project 2, the artist duo LAYER CAKE (Patrick Hartl and Christian Hundertmark/ C100) once again initiated an international exchange with 13 artists. The resulting artworks are not only powerful expressions of artistic communication at eye level, but they also break an iron law of the graffiti scene: Never paint over the work of another artist!

Over a period of two years, the 13 canvases traveled back and forth between the artists, crossing borders twice. The probably most important graffiti rule, the going-over, the aggressive crossing of the works of other graffiti writers, was not only suspended, but was even expressly desired. Thus, works were created in repeated reaction to the opposite, but not against each other – Versus – but with each other.

The resulting large-format canvas works will now be shown by URBAN NATION for the first time in its own project space at Bülowstraße 97 from April 10th, 2022.